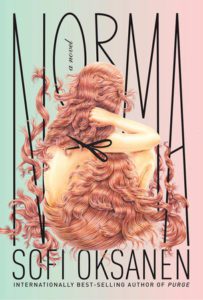 In 2012, Norvik Press will publish my translation of Finnish author Juhani Aho’s Rautatie (The Railroad). Although not the first author to write fiction in Finnish (that would be Aleksis Kivi), Aho is sometimes spoken of as the father of modern literary Finnish and was the first professional Finnish-language author. The Railroad is considered one of his most important works.

“In 1884 appeared Aho’s first major work, Rautatie [Railroad], a humorous story of a country couple Matti and Liisa, who embark on their first railway journey. When Minna Canth read the manuscript, she got so enthusiastic that she compared Aho to Gogol and Zola. In 1921 Rautatie had become the bestselling work of fiction after Kalevala and Vänrikki Stoolin tarinat.”